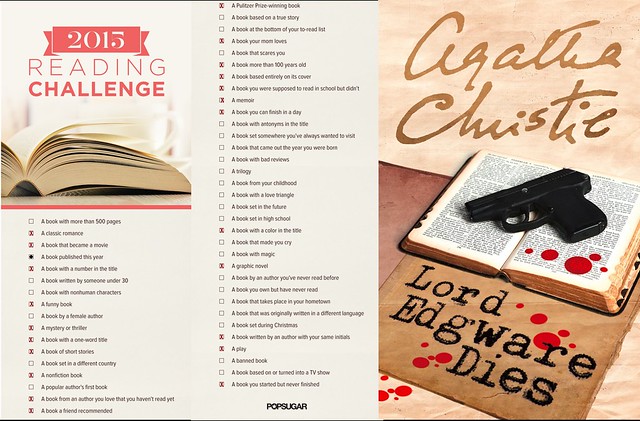 “Lord Edgware Dies” is the 9th full-length Poirot novel, dealing with a vibrant woman with no morals who is accused of murdering her husband, the Lord Edgware. Once again, the plot is full of twists and turns, and I kept guessing who the murderer was and kept being shown wrong over and over. The “accusing parlor” scene did exist, though the whole cast was not present as they had been in the first one. I loved, though, that this one ended with a letter from the murderer explaining exactly how the crime was committed, sent to Poirot after the trial. The murderer in this one is a particularly complicated character, and it was fascinating to hear about the murder from their perspective.