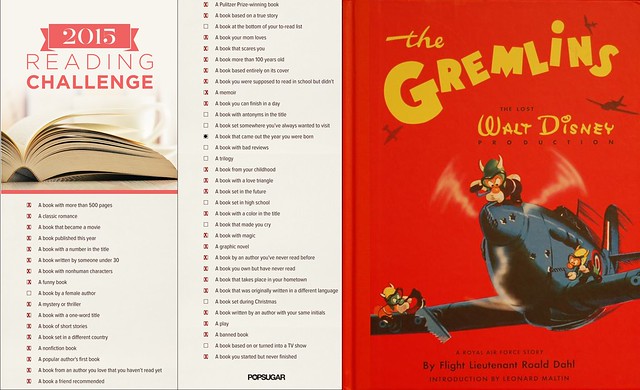 ‘The Gremlins’ was written by Dahl while he was in the Royal Air Force, inspired by the penchant for fellow airmen to blame ‘the gremlins’ anytime something went wrong with their planes. It came very close to being made into a Disney animated movie during the WWII propaganda films era, but various issues prevented it from actually coming to fruition. But the character illustrations had been completed, so they later decided to make it into a children’s book. It was quite adorable, and displayed Dahl’s trademark wit even that early in his career. Not much to say about it since it’s a picture book, but definitely worth a read-through if you can track it down. For the record, I found my copy at a library farther out of town than normal, requested it through the library system’s website and they kindly delivered it to my local branch. Yay for libraries!