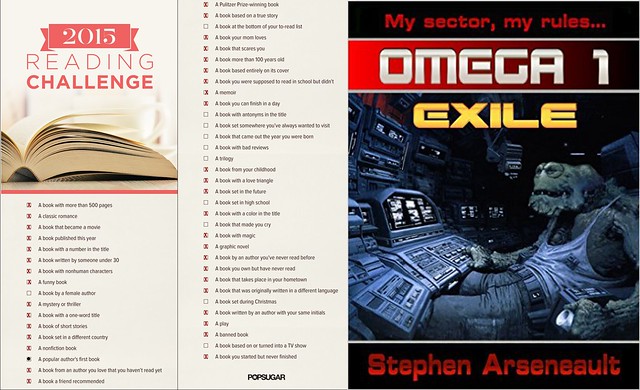 Omega Exile is a sci-fi tale about a pair of detectives, ship inspectors in the wake of a large societal upheaval. They find themselves working for a shadowy organization with ulterior motives, half detectives, half spies. I honestly don’t want to spoil anything, because it’s definitely worth a read, but suffice it to say there’s a considerable amount of inter-species interaction and lots of highlighting of how the narrator’s unusual anatomy makes him well-suited to various situations (thick skin that resists knife cuts and bullet holes, tall and imposing, etc.). This is yet another series, and while I don’t feel quite as compelled to immediately dive into the next one as I have with some other books in the challenge, it was definitely a fun read.