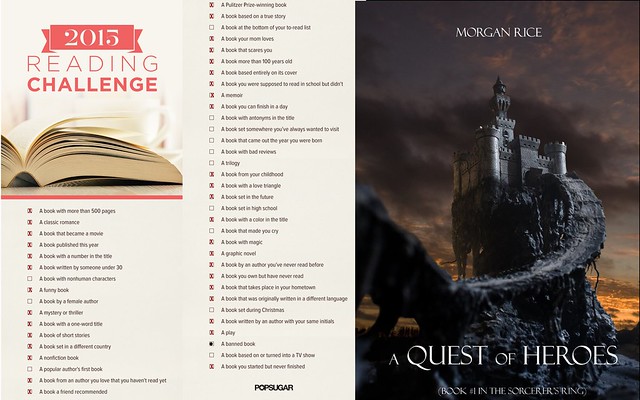 I quite enjoyed this old-school sword-and-sorcery-style fantasy novel, even if it did quite obviously show itself as the first in a series rather than a passable stand-alone novel. To date, there are no less than 13 books in the Sorcerer’s Ring series, and it definitely shows in the pacing of this one. Most of this first book was devoted to introducing characters, setting up plot threads, and creating tension – the book ends just as the various plots are really getting going! It struck me as the beginning of a thought rather than a complete thought. Compared to some other first-part-of-a-series novels I’ve read this year which do a much better job of functioning as stand-alone novels, I feel like I’d really need to read a few more of these books before I can fully comment on the story.

I enjoyed the world that Rice creates, though, so I’d definitely come back for another book set in it. It strikes me as a very ‘classic’ sort of fantasy, with knights and squires in jousting matches, mysterious druids who can wield not-very-well-understood mystical forces, castles and stables and princes squabbling over who’s next in line for the throne. It reminded me of something in the ilk of the Princess Bride, or perhaps that old Disney version of Robin Hood. With so much of the newer fantasy authors these days going to extremely imaginative lengths to re-invent the idea of a fantasy world, it was actually kind of refreshing to see someone take a well-understood idea and communicate it deftly. Overall, not the most earthshakingly distinctive fantasy novel I’ve read this year (that title still goes either to Locke Lamora or Stormdancer, depending on the day I’m having), but a thoroughly enjoyable read nonetheless.