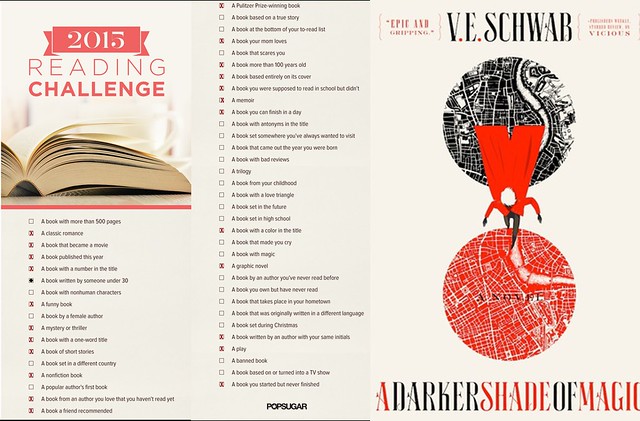 Wow. This is a really amazing fantasy world – I seem to be in new fantasy world paradise this year! I loved the depictions of the alternate universes, and how Schwab was able to communicate the nature of magic in her world and the way her characters were able to ‘sense’ the magic around them. It’s a very clear and very unique new world, and I was gratified to see that the two main characters, despite being one male and one female, never had the least bit of romantic tendencies towards each other. The story alternates between both of their points of view, and at no point did either one of them see the other as anything other than a platonic companion – sometimes willing, sometimes not, sometimes an equal, sometimes not, but always as another person worthy of their friendship with no romantic strings attached. Of course, this is once again the first in a series, so that may change as the books continue, but at the moment, it’s refreshingly free of romantic entanglements.

Speaking of which, I was also extremely grateful that this book does not end on an obvious cliffhanger. I knew it was the first in a planned series and there would be more to come, but thankfully Schwab ties up all the loose ends of the current story and wraps everything up with a nice little bow. The new stasis is clearly different from where the book began, but it’s stable, which is more than I can say for a lot of other great fantasy series. I would be perfectly happy to leave this story here…if I weren’t so intrigued by the characters and the world itself. I want to read the next one, but not because I need to know what happens – I just want to spend more time in this world.